There is nothing which heralds the beginning of Spring quite like the sight of lambs skipping around fields. Add in a few daffodils and some early blossom and the picture is complete. As we head towards April, it certainly feels like Spring has sprung and the new farm year is well underway.

After a rather grim start to lambing, when we experienced some wintry showers and high winds, the sun is shining and our ewes are now grazing the hill above the farm with their lambs at foot. At the time of writing there are just 10 ewes left to lamb.

Nearly all the ewes, including the first time mothers, are rearing twin lambs. Fathered by Texel tups (who keep well away from the maternity unit) these white-faced lambs spend the first few days of life inside the warm straw-filled shed. They first bond with their mothers and then move into a mixing pen where they learn to recognise their mother and her bleat so that they will know each other when they are turned out into the field.

The lambs born in the first week were turned out in little plastic raincoats to protect them from the rain that was forecast. Like most young animals, they can cope with the cold but struggle if they get wet as well. The plastic macs provide an extra layer of waterproofing and then biodegrade after 6 days so there is no residual plastic left in the paddock. We also put out a large flatbed trailer for the lambs to shelter under and they certainly used it on the wet nights.

There is a saying that shepherds spend 90 per cent of their time looking after 10 per cent of the flock. That is certainly the case this year. We have had very few real problems but one was a lamb we called Woolly. He came by this name because he wasn’t in good shape when he was born. One of a triplet, the ligaments in his hind legs had not formed fully so while his brother and sister could run around and feed from their mother he needed help to get milk and to stay warm. The sleeve from a woolly jumper was used as a makeshift warmer for this little lamb until he grew stronger, which is how he got his name. 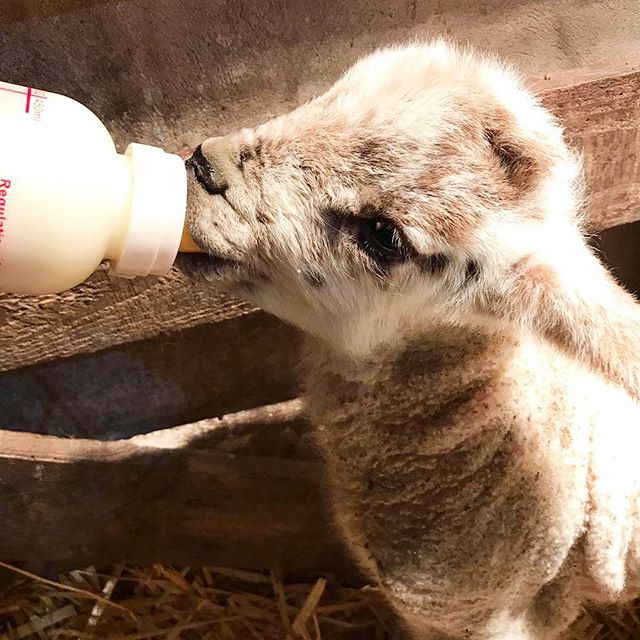 Fast forward two weeks and Woolly is running around the field with his family. Because she already has two lambs to look after, we help his mother by giving Woolly some extra milk from a bottle. Visitors who meet him will be bowled over (almost literally) by the speed with which he races across the field to greet his human milk machine. No one comes away from feeding Woolly without a smile on their face.

Over the course of this month we also are delighted to report that we have installed a new kitchen in Castle cottage and completed some painting projects. Returning visitors will also notice that an avenue of cherry trees has been planted on the drive and when these flower it may even feel like the very beginning of Summer.

Although the Covid pandemic and the new Omicron variant continue to headline in the news, the most significant event here…

As we get ready for the opening up of the cottages in the near future, it is time to reflect…

In many ways 2020 could not have been more different to last year. The pandemic has brought about a lot…

Check availability and book online using the table below.